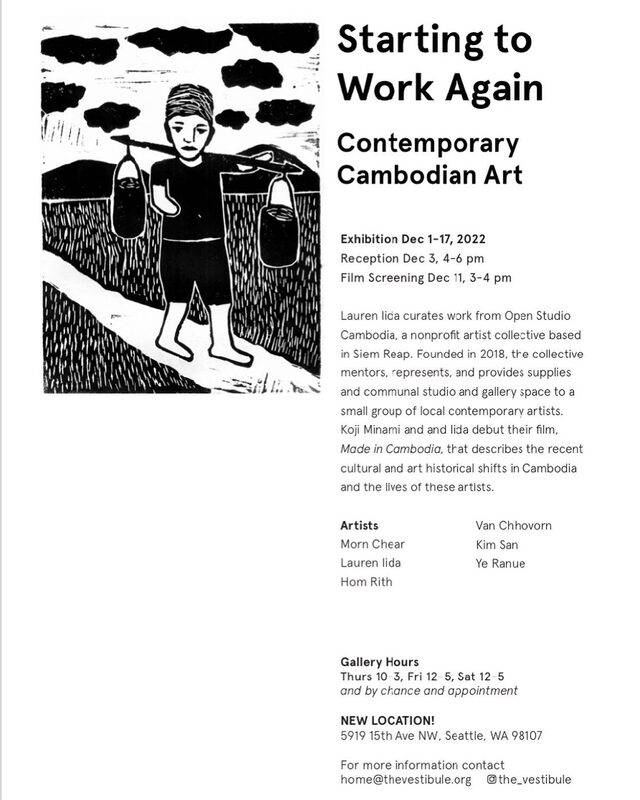 Lauren Iida curates work from Open Studio Cambodia, an artist collective based in Siem Reap. Founded in 2018, the collective mentors, represents, and provides supplies and communal studio and gallery space to a small group of local contemporary artists. Koji Minami and and Iida debut their film, Made in Cambodia, that describes the recent cultural and art historical shifts in Cambodia and the lives of these artists. 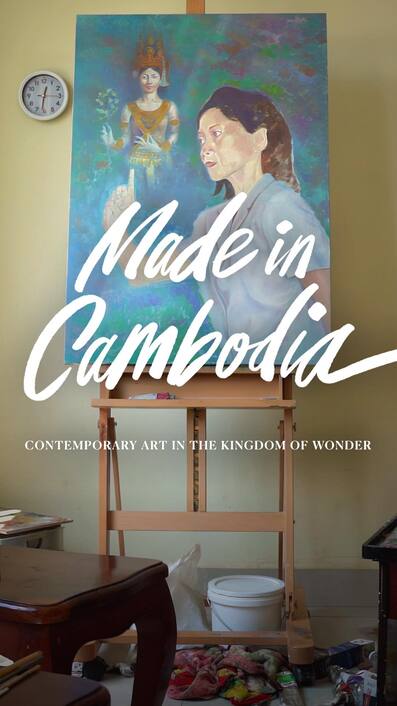 Made In Cambodia is a short documentary about contemporary artists in Cambodia, where an explosion of creativity, vibrance and genius is occurring today. Through the artists’ own voices, we learn about the state of the arts, what inspires them, and what it’s like to be an artist in Cambodia today. To better understand where they’re coming from, it helps to have a bit of historical context.
Often referred to as “The Kingdom of Wonder,” Cambodia is the home to a rich artistic heritage spanning back many centuries. The Angkor Empire, the predecessor to modern-day Cambodia was, at its zenith, one of the world’s greatest civilizations. The crown jewel of its cultural and artistic expression was the majestic temple complex Angkor Wat. For most outsiders, this is what they picture when they think of Cambodian Art. However, there was a vibrant arts movement flourishing in Cambodia in the early 20th century. Tragically, it was cut short by Pol Pot’s brutal Khmer Rouge regime in the late 1970s. The genocide was responsible for the deaths of around 90% of the artists and creatives in Cambodia. In the following decades, the arts faltered as the country struggled to recover and heal its wounds.
Today, there’s a vibrant visual art scene exploding in Cambodia, being pushed forward by emerging artists working across all different mediums. Their work touches on a wide range of themes, but all from a uniquely Khmer perspective. These are just a few of their stories.
made in cambodia film