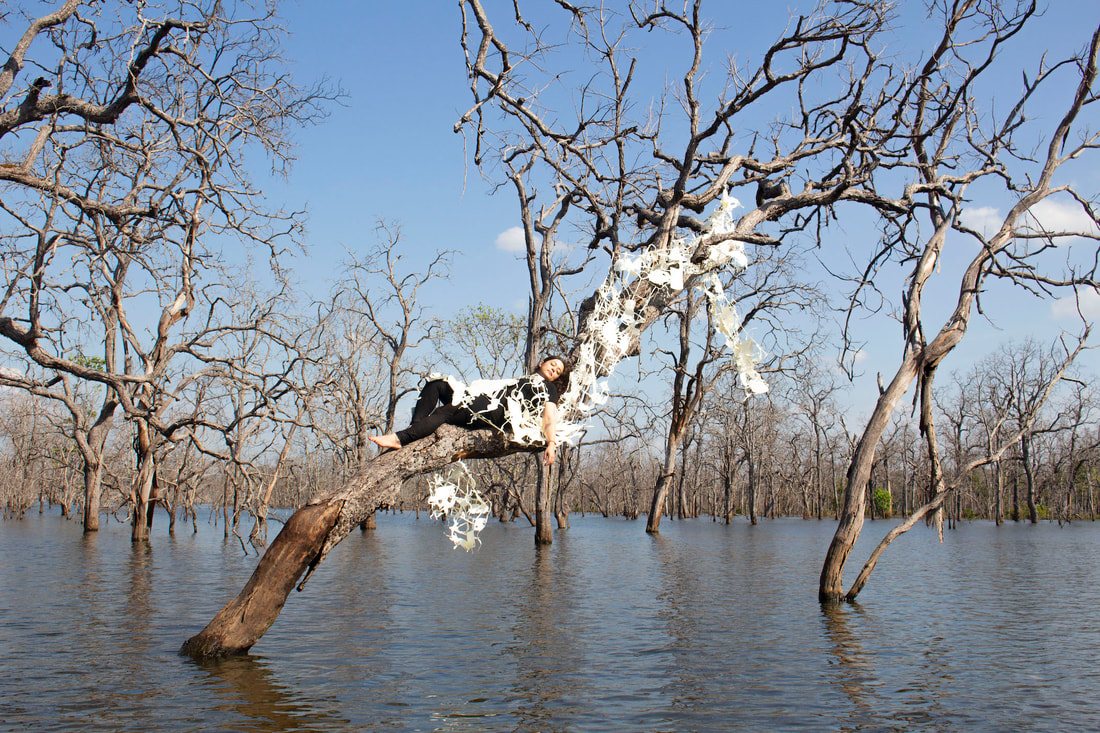 "Memory Net, Sunken Forest," Oddar Meanchey, Cambodia, 2019
“In English, we say we’ve ‘lost a memory.’ The phrase suggests memory has been dropped, misplaced, but not gone. A memory, a loss, may seem absent in our lives but still present in some other way, perhaps on an unseen plane of existence. We say we ‘dredge up’ a memory. The memory sinks, drifts, but with the right line, we might catch it – an object pulled up from the deep. The Memory Net is a reoccurring temporary installation piece, approximately 30 feet in length and cut by hand from a single piece of paper. The artist travels with the piece and documents it around the world, each setting bringing new meaning to the work.” --Kascha Snavely, Vestibule 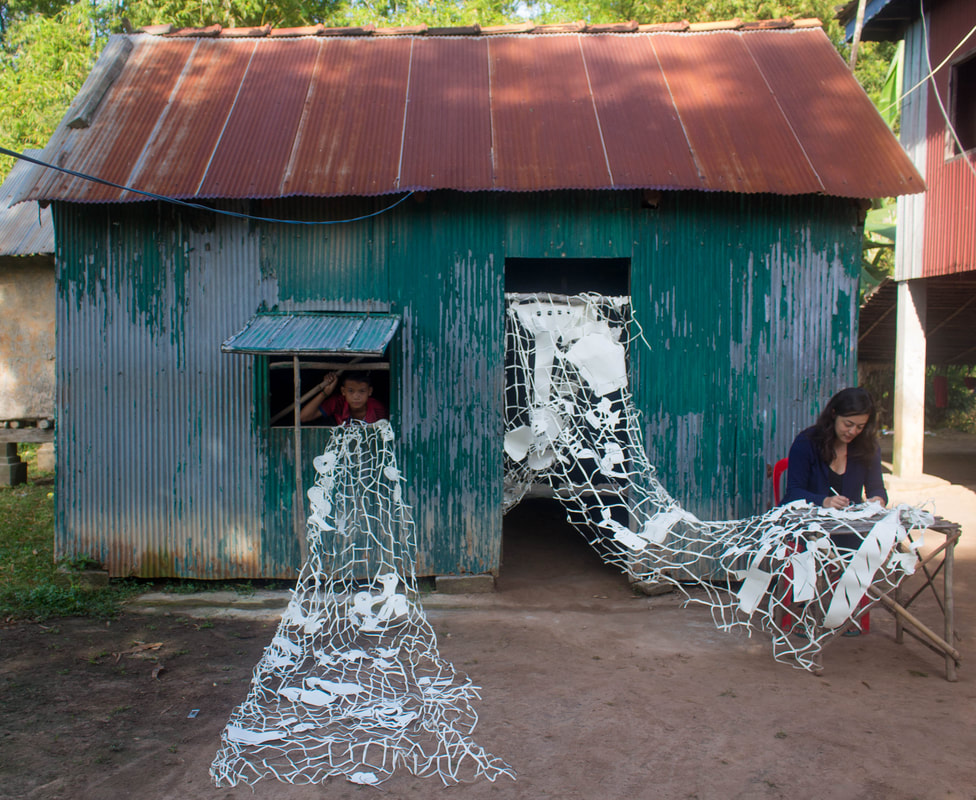 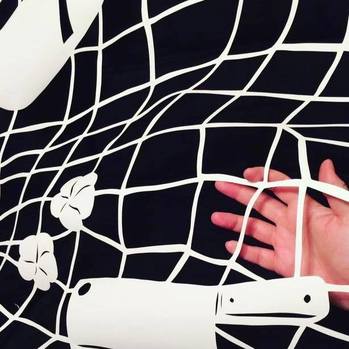 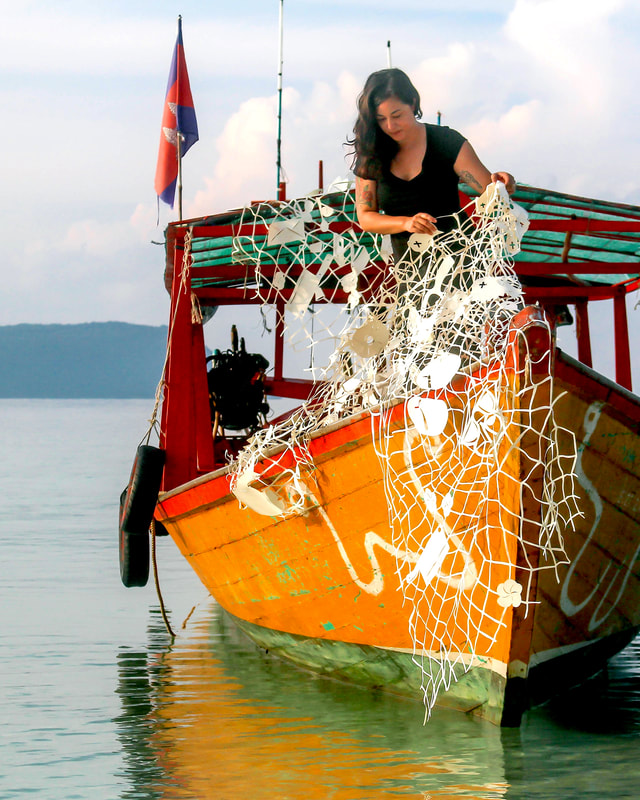 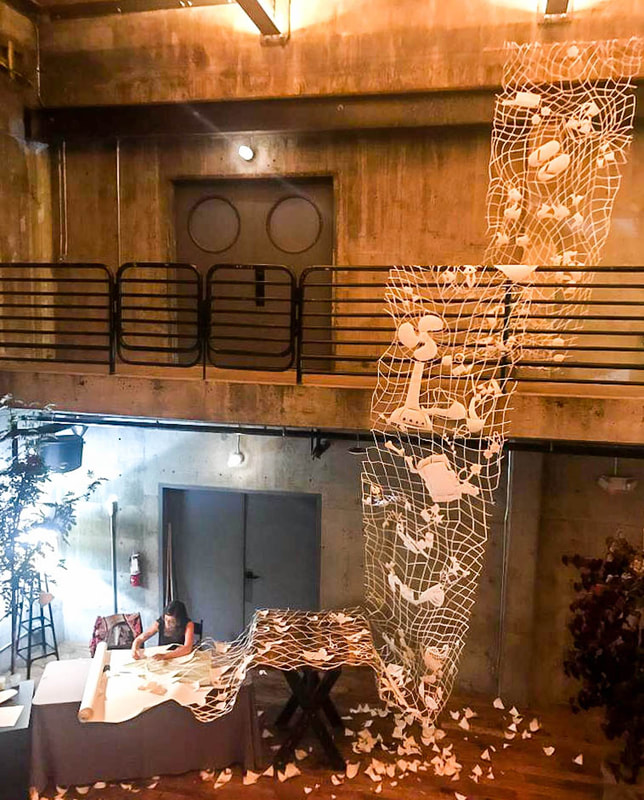 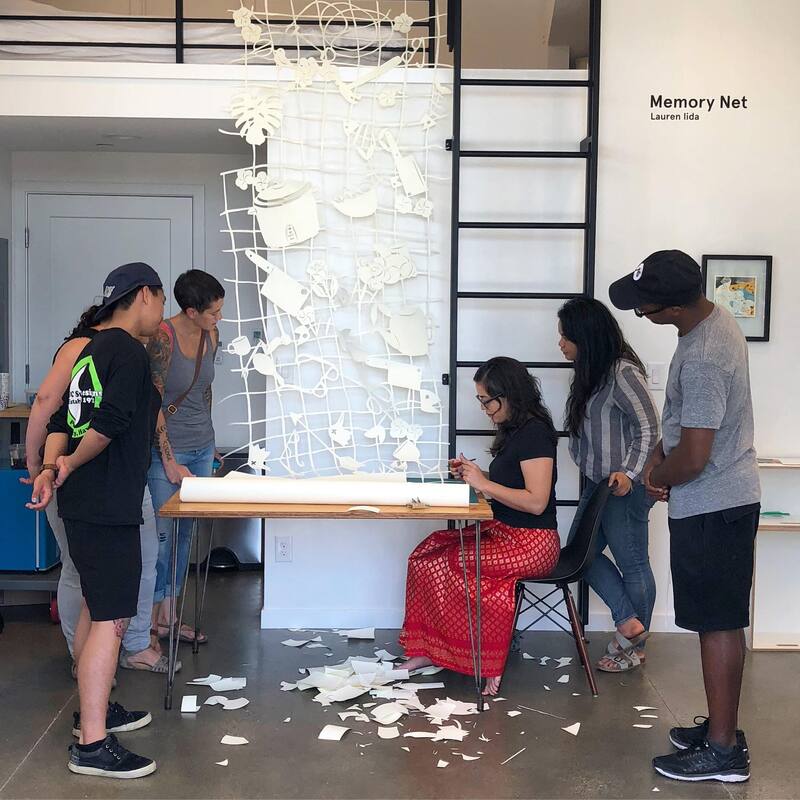 "Memory Net, Vestibule," Ballard Neighborhood, Seattle, Washington, USA, 2018
"Papercut artist, Lauren Iida created an installation as she worked in an open-studio setting. Iida invited the public to answer the question, “What object reminds you of home?” Over the course of the exhibition, Iida cut these objects into a 40 foot paper net installed in the gallery."
READ MORE 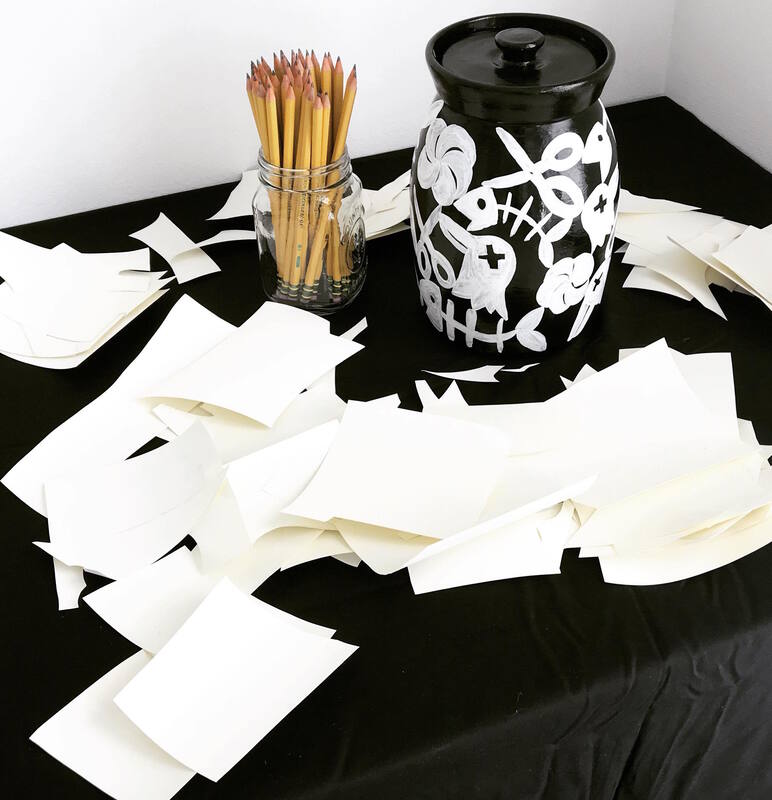 "Memory Jar" for contributions of symbolic objects from the public 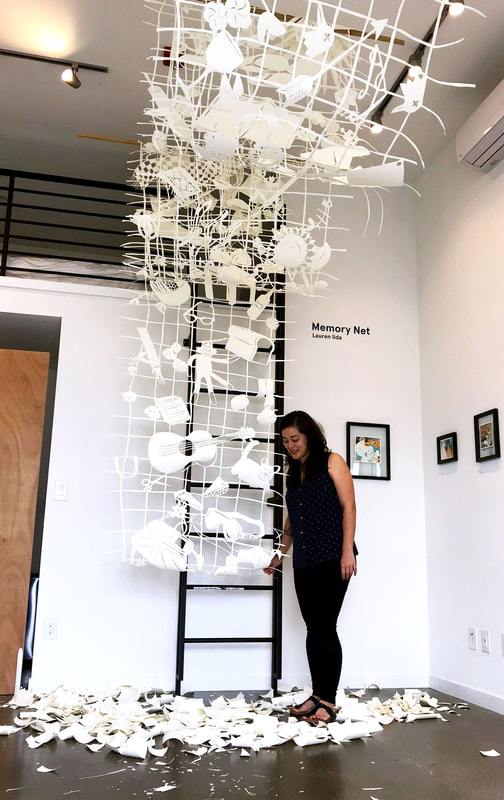 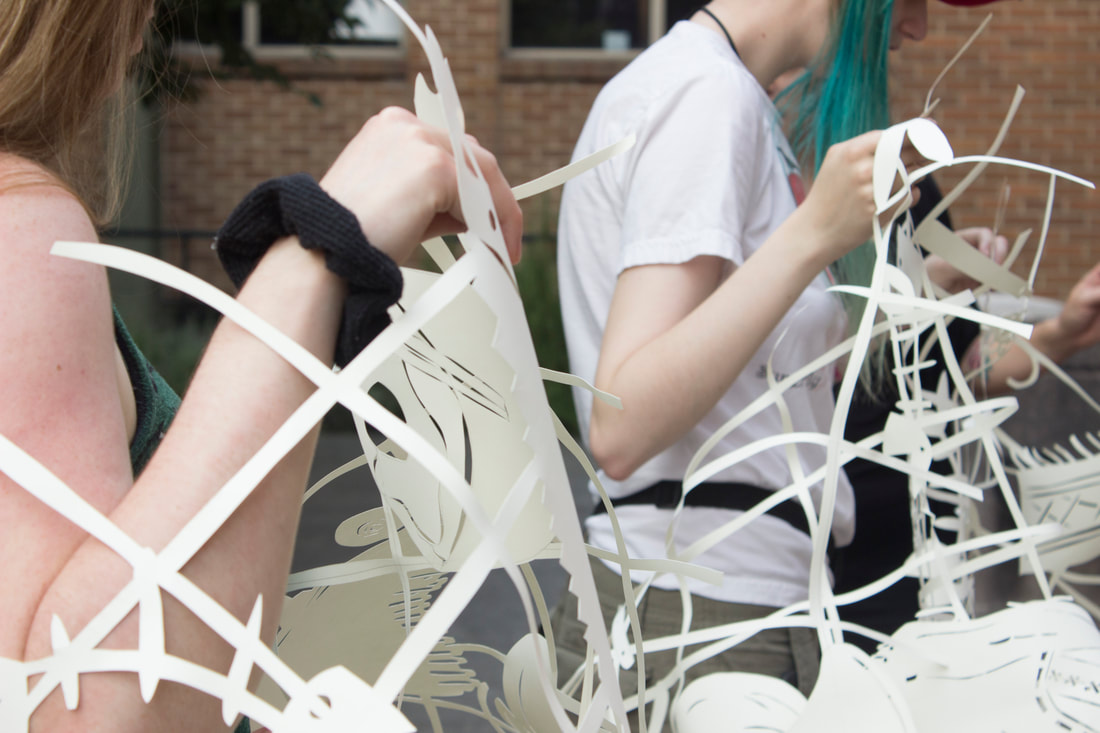 After the Memory Net was finished, Iida took it to the streets of Seattle and did a photoshoot and temporary installation with homeless youth. Special thanks to Sanctuary Arts. Photos: Cameron Nagashima 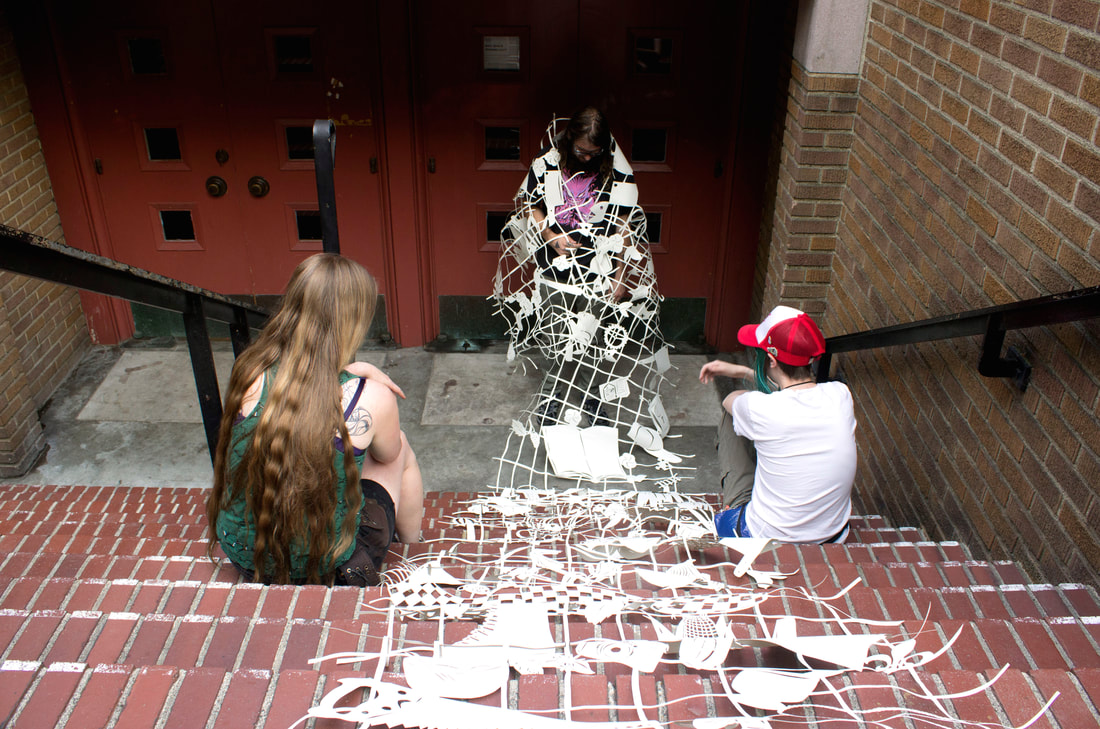 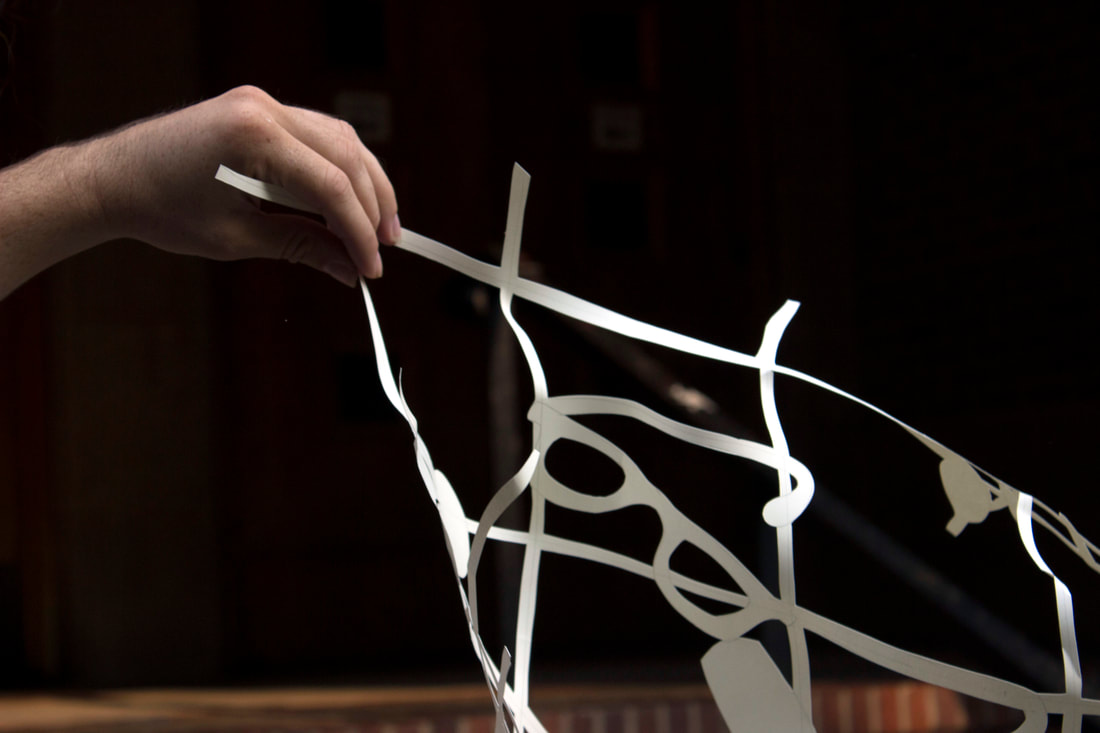